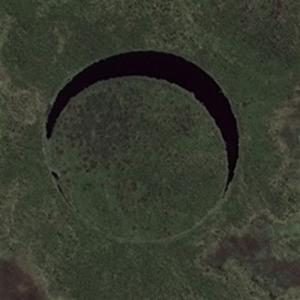 Researchers and filmographers are raising money through Kickstarter to investigate the island, which floats independently on it's own axis around the lake. There are claims that the floating island is camouflage for an underground alien base.

The island has a diameter of 130 yards and is a nearly perfect circle.
Links: www.dailymail.co.uk
9,505 views