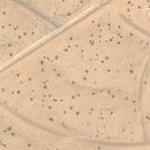 By kkeps @ 2014-04-12 19:33:33
@ 25.09893, 55.359507
Dubai, United Arab Emirates (AE)
UPS Airlines Flight 6 was a cargo flight operated by UPS Airlines. On September 3, 2010, a Boeing 747-400 flying the route between Dubai International Airport and Cologne Bonn Airport developed an in-flight fire, with the fumes and subsequent crash resulting in the death of the two crewmembers. The aircraft had departed Dubai International earlier, but returned after reporting smoke in the cockpit. It was the first fatal air crash for UPS Airlines.
Links: en.wikipedia.org
1,142 views