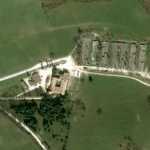 By giove @ 2009-04-15 05:54:37
@ 43.365407, 13.050245
Fabriano, Italy (IT)
The abbeys, places of worship and work, centres of spirituality and depositories of an immense cultural heritage, were the core of every kind of economic, social and religious activity. In the Marche it is possible to find a large number of monasteries, many of them unfortunately have disappeared, but their memory is often evident in the names of little villages, hamlets, places (like Badia, Abbadia, Monastero…). The territory of Fabriano, in particular, is linked to the presence of S. Silvestro and S. Romualdo, the later as the founder of the Abbey in Valdicastro, in the valley situated to the east of Fabriano and whose name comes from Valle del Castello.
Links: www.valdicastro.it
891 views