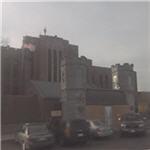 Constructed in 1816 as Auburn Prison, it was the first state prison in New York, the site of the first execution via electric chair in 1890, and the namesake of the "Auburn System," a correctional system believed to rehabilitate prisoners. The prison was renamed the Auburn Correctional Facility in the 1970s.
Links: en.wikipedia.org
1,133 views