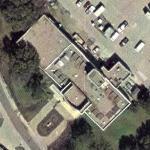 The Collection:
The Aquarium is home to a varied collection of approximately 6,000 aquatic animals, including marine and freshwater fish, reptiles, amphibians and invertebrates. The Aquarium also participates in a number of national and international conservation and research projects. It is a leader in the breeding of critically endangered Texas species, such as the Texas blind salamander and several desert fishes that are already extinct in nature.
Links: www.dallas-zoo.org
746 views