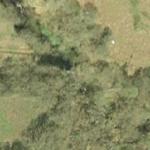 Locals in the area are currently saving up money to convert the railway between Lochearnhead and St. Fillans into a cycle and walk path - like the ones in Lochearnhead. The bridge was the first priority, since it was the only bridge that had its spanner removed on this small stretch of the railway. In 2011, locals had saved enough money to put a new spanner and re-surface the former trackbed.
401 views