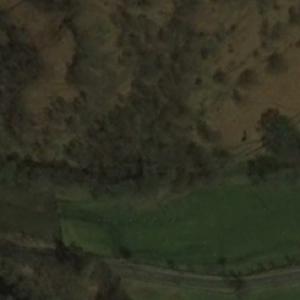 By Drudii @ 2017-03-01 14:53:29
@ 56.3890055, -4.0931366
St Fillans, United Kingdom (GB)
The bridge was part of the railway that went from Dunblane to Perth. The bridge is located on the section of line between St. Fillans station and Dalchonzie halt. This section of the railway was known as the "Lochearnhead, St. Fillans and Comrie Railway" and was in use from 1897 to 1951. The bridge has two piers and one metal spanner. The bridge was most likely used for transporting livestock across the railway safely. For a long time, the trackbed below the bridge was overgrown. However, in 2016, the trackbed was tarmacked to make a national cycle route that has plans on using the whole disused railway as a long cycle and walking path.
Links: en.wikipedia.org
329 views