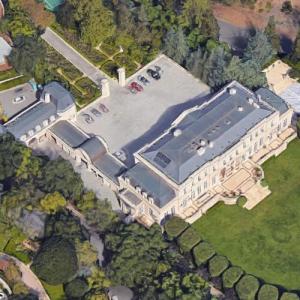 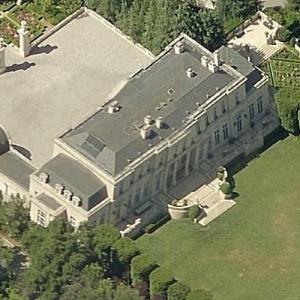 By tlp333 @ 2006-04-28 16:44:36
@ 34.08552903, -118.42793182
Los Angeles, California (CA), US
This is Fleur De Lys, a mansion in the prestigious Holmby Hills neighbourhood of Los Angeles. The house was built by American entrepreneur, billionaire and farmer David I. Saperstein and his wife, Swedish philanthropist Suzanne and was designed by Richardson Robertson III. It was inspired by France's 17th-century Vaux-le-Vicomte and occupies about 45,000 square feet, including 12 bedrooms and 15 bathrooms.

The mansion took five years to build and the couple were divorced 18 months after it was completed. Suzanne Saperstein listed the house on the market at $125 million shortly after divorcing her husband.