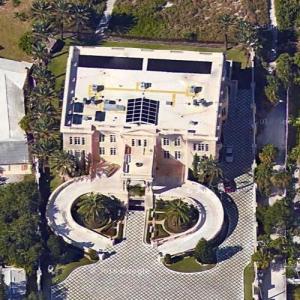 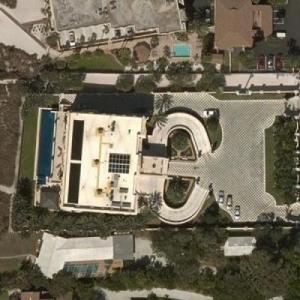 By jdubble07 @ 2010-10-25 14:40:31
@ 27.24684217, -82.53485064
Sarasota, Florida (FL), US
Gary Kompothrecas’ house is a seven-bedroom eight-bathroom, 13,560-square-foot limestone mansion on Point of Rocks on Siesta Key, near Sarasota, Florida. Kompothrecas and his wife Beth purchased the land for $2.3 million in the mid-90s and had the house built and modeled after William Vanderbilt’s Marble House in Newport, Rhode Island. Amenities include a bowling alley and billiards room, beach access and waterfront views. The estimated value of the property is now $12 million.

Gary Kompothrecas’ net worth is unknown. He is a well-known licensed chiropractor and the founder of the 1-800-ASK-GARY medical and legal hotline, which provides assistance to those who have suffered injuries in accidents in Florida, Kentucky, Minnesota, and New Mexico. He self-funded a reality television pilot called “Siesta Key” based on his son Alex’s life with his friends, which was picked up by MTV and has run for 4 seasons. Alex was on the cast for the first three seasons but is no longer on the show due to a history of racist comments on social media. Gary and the house appear in several episodes of the show. Alex’s cousin, aspiring rapper Pauly Apostolides, also appears as a cast member in seasons 1-3.

The Kompothrecas family owns several other properties, a boat, and several expensive cars. In one episode of Siesta Key, Gary is shown buying Alex a 2018 Bentley Bentayga worth $195,000.