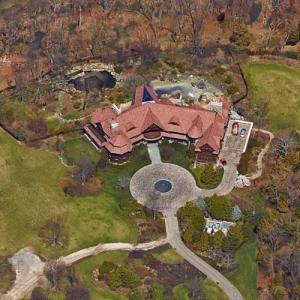 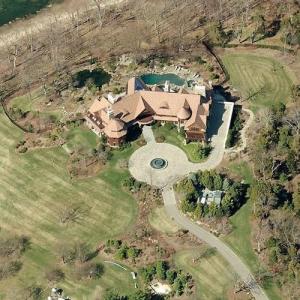 By borlefborlef @ 2010-12-19 01:33:23
@ 40.91224044, -73.1605567
Head of the Harbor, New York (NY), US
Robert Mercer, the former Co-Managing Director of Renaissance Technologies, one of the world's biggest hedge funds, owns this house. This premier package, is the top taxed home on Long Island and fit for a well to do investor such as Mercer. Mercer, is a major so called ‘secret’ founder of Republican causes, and has sued a developer of a model train set he commissioned for supposed overbilling by $2 million. This gives Mercer quite the reputation for questionable decisions. Also a well known American computer scientist, who was an early artificial intelligence researcher and developer, Mercer has recently stepped down as co-CEO of the hedge fund company Renaissance Technologies.

Mercer played a key role in the campaign for the United Kingdom to leave the European Union by donating data analytics services to Nigel Farage, further adding to his infamy. He is also a major funder of organizations supporting right-wing political causes in the United States, such as Breitbart News and Donald Trump's 2016 campaign for president. And if this didn’t draw the ire of many enough he is also the principal benefactor of the Make America Number 1 super PAC. In November 2017, Mercer announced he would step down from Renaissance Technologies and sold his stake in Breitbart News to his daughters.

Robert Mercer has a net worth of $900 million. Quite the controversial figure, a former employee of Mercer's claims that he called the Civil Rights Act of 1964 a "major mistake". Mercer owns one of the nation's largest collections of historical firearms and machine guns and owns a weapon used by Arnold Schwarzenegger in the movie The Terminator. Among other treasures, Mercer is known to invest well in real estate, cars, and other luxurious amenities. While his reported net worth is just under a billion, some consider that he may have further assets hidden in offshore accounts.
Links: www.oregonlive.com, www.newyorker.com
51,939 views