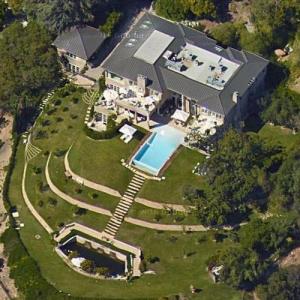 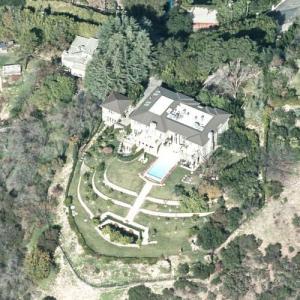 Best known for appearing on the Bravo TV hit, Real Housewives of Beverly Hills, Lisa Vanderpump and her husband Kenneth (Ken) Todd built their fortune with a series of British restaurants. Together, Lisa and Ken have owned over 26 London based restaurants and have recently opened two in California. Lisa, born on September 15, 1960 began acting when she was young. She got her film debut in 1973 in the movie, A Touch of Class. She also started in Baywatch Nights and Silk Stockings. Lisa is also a writer for Beverly Hills Lifestyle magazine and has a skin care line. Ken, born August 24, 1957, began to make money in textiles until he opened his first bar, Corks Bar, in London. There he met Lisa and they were married in 1982 after just six weeks of dating. They have worked together to create their empire. Lisa does the decorating of the bars herself, and Ken is known to manage them. Married now for 30 years, Ken and Lisa have two children. Pandora, their oldest, just turned 30 and they have a son named Max.

This 10.2 Million dollar home has 5 bedrooms and 8 bathrooms. The home boasts a 2 story library, a wine cellar and gardens with a spectacular view. Villa Rosa, as it’s called, has large ceilings, dark hardwood floors and expansive windows. The master suite on the 2nd floor has an en suite bathroom and dressing area. In addition to the well-kept gardens, the outdoor space also has a large wrap around patio overlooking an infinity pool and hot tub.

Lisa has an estimated net worth of $65 Million. Currently, it is said that her salary for The Real Housewives of Beverly Hills is $500,000 a season. Ken is estimated to be worth $85 Million.
Links: www.tmz.com, www.therichest.com, en.wikipedia.org, www.bravotv.com, www.dailymail.co.uk, www.celebritynetworth.com
236,179 views

Alexm1
@ 2017-05-17 14:44:55
This is nice, but anything on Vanderpump restaurants?
https://www.velvetropes.com/backstage/its-official-vanderpump-rules-is-dominating