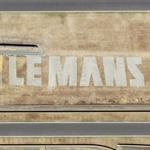 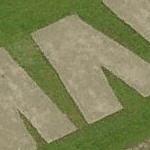 By dda @ 2007-02-28 19:35:21
@ 47.95672, .216181
Le Mans, France (FR)
The Bugatti Circuit is a race track located in Le Mans, France, named after Ettore Bugatti. The circuit uses a part of the circuit used for the famous 24 Hours of Le Mans race and a separate, purpose-built section. The sections of track on the Bugatti Circuit that are on the Circuit de la Sarthe, the circuit used for the 24 Hours, include the Ford Chicane at the end of the lap, the pit complex, and the straight where the Dunlop Tires bridge is at. At this point, you will come to a T in the road and if you go left, you continue onto the Circuit de la Sarthe, toward Terte-Rouge and Mulsanne, but if you turn right, you will continue the Bugatti Circuit.