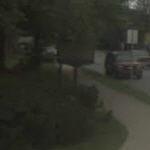 In October 1864, he was approached by a representative of the president. During the Civil War, it became customary for many citizens to pay for "substitutes" to serve in the army in their place. Hoping to set a good example, President Lincoln selected Staples as his substitute and offered him a bounty of $500. Staples saw little action during the year he served as the president's representative, primarily working as a clerk and prison guard. He mustered out in September 1865.
Links: en.wikipedia.org
699 views