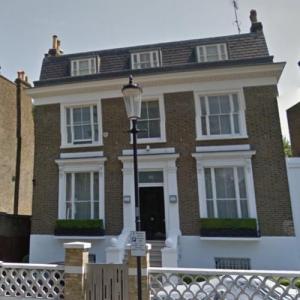 Simon Phillip Cowell was born in Lambeth London on October 7, 1959. Widely known as a reality tv judge on multiple programs, Simon is also an entrepreneur, philanthropist and producer of film, record and tv programs. Before beginning his media domination, Simon dropped out of school at age 16 and started working at EMI Music Publishing, where his father worked. Simon started in the mailroom and left after not getting promoted. After working a variety of odd jobs, Simon decided to restart his music career in 1995. He began working at BMG and found his niche creating novelty records with puppets, Power Rangers and the WWE. He worked as a producer, talent scout and consultant in the industry. He owns a tv production and music publishing house called Syco. In 2001, he was asked to be a judge on the British tv show Pop Idol. His record label ended up signing both the winner and the runner up. He then started judging American Idol in 2002 until 2010, judging an impressive seven seasons of the show. He also judged three seasons of Britain’s Got Talent. From 2004 – 2011, he judged Britain’s X Factor and then America’s X Factor from 2011 – 2013. On his last season with Britain’s Got Talent, he was able to successfully sign One Direction. He has also signed Leona Lewis, Il Divo, Five and Westlife.

After rumors that he would return to his roots and judge the new season of the UK Version of The X Factor, he returned to his seat in 2014. He judged the most recent season of the show that completed in December 2015.

This London, England home of Simon Cowell is thought to be worth $7-$10 Million. The five bedroom, five bathroom house is said to have four reception rooms. On a tour of the home, The Huffington Post shows the house to be filled with white roses and scented candles. The living rooms is said to have at least six enormous couches and features two telephones. The dining room seats ten and houses a Steinway grand piano. Simon lives there with his partner, Lauren Silverman and their young son, Eric. They also have three Yorkshire terriers.

Simon Cowell is believed to have a net worth of $550 Million and is thought to bring home $95 Million per year in earnings.
Links: www.biography.com, www.celebritynetworth.com, en.wikipedia.org, www.express.co.uk, guce.oath.com, www.mirror.co.uk
83,831 views