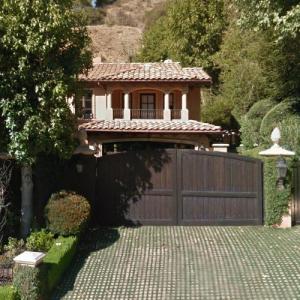 She starred with other members of her family, including sisters Kortney and Khloe Kardashian, half-sisters Kendall and Kylie Jenner, mother Kris Jenner, brother Robert Kardashian, and step-father former Olympic athlete Bruce Jenner in “Keeping Up with the Kardashians” on the E! Network. She has also been featured on several spin-off shows highlighting her and her sisters including “Kourtney and Kim Take Miami” and “Kourtney and Kim Take New York.” She also appeared in shows featuring her sisters “Khloe & Lamar” and “Kourtney & Khloe Take The Hamptons.” Her family also includes step-siblings Burton, Brody, Brandon and Casey Jenner.

Kim Kardashian has been married three times. Her first wedding was when she was 19 and eloped with music producer Damon Thomas. The marriage ended in divorce in 2003. She dated several pro-athletes, and gained national attention for her highly publicized wedding to NBA player Kris Humphries, whom she was married to for 72 days. She married Kanye West in 2014 and gave birth to their daughter, North West, on June 15, 2013.

She has many business interests including endorsements, a cosmetics line, perfume, weight loss products, a clothing line and personal appearance fees.

Kim Kardashian first gained media attention during her friendship with socialite Paris Hilton. She made headlines in 2014 when she appeared nude on the cover of the winter issue of “Paper” with the caption “Break the Internet.” The appearance not only gained notice on the Internet, but prompted a series of parodies and commentary. The “Paper” website had 15.9 million views in one day, in contrast to 25,000 views of the website on the average day.
Links: www.tmz.com, en.wikipedia.org, www.celebritynetworth.com, people.com
124,349 views