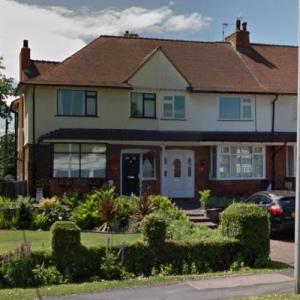 A member of the Irish-English band “One Direction,” Harry Styles’ net worth is $23 million.

He sang in elementary school and formed the band “White Eskimo,” which won the Battle of the Bands. He then auditioned as a solo artist for the UK X Factor TV show. When he did not move forward as a solo artist on the program, he was put into a group with four other boys, who started “One Direction.”

London-based “One Direction” has released four albums, gaining popularity in both the United Kingdom and the United States. The band was signed by Syco Entertainment in 2010. A documentary about the band was released in August 2013 and grossed more than $30 million the first weekend it was released. The band includes members Louis Tomlinson, Liam Payne, Niall Horan, and Zayn Malik in addition to Styles. The band has several hit singles – “What Makes You Beautiful,” “Steal My Girl,” “Live While We’re Young,” and “Story of My Life.” Harry Styles has song co-writing credits on several of the “One Direction” songs, as well as for Ariana Grande and Gavin DeGraw.

Harry Styles has gained notice for his romantic relationships, including with English television host Caroline Flack, which caused controversy because she was 14 years his senior. He also dated singer Taylor Swift and model Kendall Jenner.

He lists “Queen” singer Freddie Mercury, “The Beatles,” and Elvis among his influences.

As a member of “One Direction," Harry Styles has supported the BBC’s “Children in Need 2011” which raised more than 26 million pounds. He also partnered with band member Liam Payne to raise money for cancer research through Trekstock, a cancer charity. The band also donated part of their ticket sales revenue from the “Where We Are Tour” to the Stand Up to Cancer Campaign.
Links: en.wikipedia.org, www.celebritynetworth.com, en.wikipedia.org
150,763 views