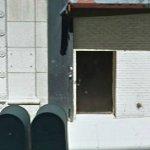 Police say they have not determined whether the part came from American Airlines flight 11, which hit the north tower at 8:46 a.m., or United flight 175, which hit the south tower at 9:03 a.m. A FEMA graphic below shows that all the other plane parts in the immediate area were from flight 175.
Links: www.nbcnewyork.com
612 views