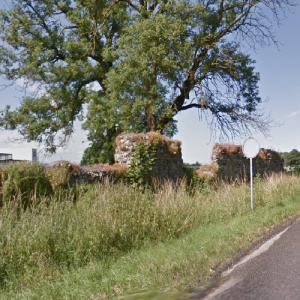 By Drudii @ 2017-01-18 10:17:57
@ 46.8905751, 7.0515937
Avenches, Switzerland (CH)
Aventicum is a former Roman town in modern-day Switzerland. The town was the capital of Roman Switzerland and was established in the early 1st century AD as the capital of the recently conquered territory of Helvetii. The whole town was surrounded by a wall.

The modern town of Avenches lies on part of the former capital. Across the whole are the several Roman structures - two roman temples, an amphitheatre, an open air theatre, several sections of the wall surrounding the town, bath house and the eastern gate.
Links: en.wikipedia.org
342 views