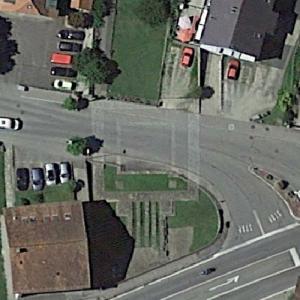 Temple of the Grange-des-Dîmes was one of the two temples located in the town. It was built in the 2nd century on the site of a temple from the 1st century. It is located opposite the other temple. The temple has been restored and sections of it are visible for the public to view. A road has been built across the altar and the back of the temple. Stone markings are placed on the road and pavement to mark where the temple would have stood.
Links: en.wikipedia.org
346 views