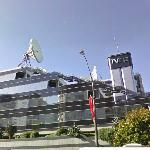 TVNZ was created in 1980, through the merger of Television One and TV2 (formerly South Pacific Television). Until 1988 it was paired with Radio New Zealand as the Broadcasting Corporation of New Zealand (BCNZ).

Approximately 90% of TVNZ's revenue is from commercial activity (such as advertising and merchandising). The remainder of its funding comes from government funding agencies.
Links: en.wikipedia.org
549 views