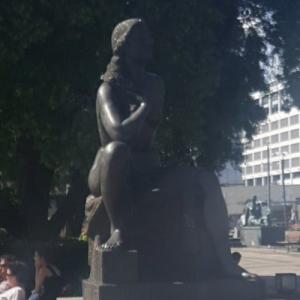 In 2004 in a police file about Norwegians during the Cold War he got to know he was adopted by a woman wasn't married and lived apart from the father. He learned this woman stood model to this statue her friend Per Hurum made he has seen so often.
Links: www.tv2.no
402 views