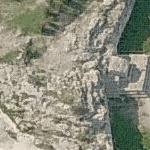 The original use of the bema in Athens was as a tribunal from which orators addressed the citizens as well as the courts of law (see Pnyx). In Greek law courts the two parties to a dispute presented their arguments each from separate bemas
Links: en.wikipedia.org
1,214 views