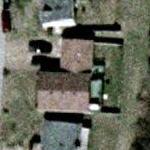 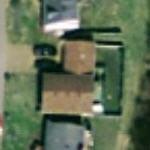 By tlp333 @ 2009-07-30 17:30:26
@ 35.918672, -86.894072
Franklin, Tennessee (TN), US
The singer, songwriter, guitarist and actor, lives here. He teamed up with Mac Davis to write several hit songs for Elvis Presley including "A Little Less Conversation", the theme from Charro!, and "Memories". He also composed the musical soundtrack for 2 of Elvis' films "Live a Little, Love a Little" and "The Trouble With Girls". He also wrote "Limbo Rock" for Chubby Checker. He provided the instrumental backing and arrangement for Nancy Sinatra's non-soundtrack version of "You Only Live Twice" as well as Nancy and Frank's "Somethin' Stupid". He has been recognized by the Rockabilly Hall of Fame for his pioneering contribution to the genre.
Links: en.wikipedia.org
1,039 views