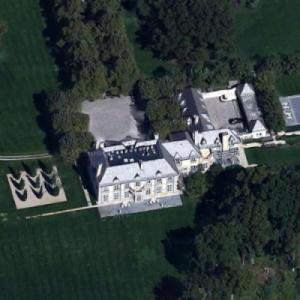 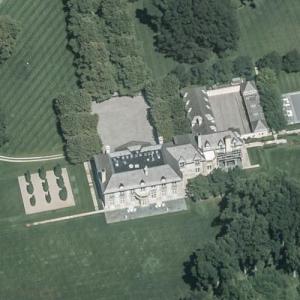 The house, within sight of the Atlantic Ocean, was damaged during Hurricane Sandy in 2012, and Bon Jovi left a European tour to return home to help his family and community.

Bon Jovi is one of the most successful recording artists of all time.

The Bon Jovi family has successfully managed to keep most of their personal information private, but in 2012, they invited CBS reporters Lara Logan and Charlie Rose for a tour of the house, showing off personal touches including a large hidden movie screen that rises from underneath the living room floor, a special area for his many awards and a top of the line kitchen.

Bon Jovi’s estate includes several outer houses, including a state of the art recording studio that has been used for every record since “Crush” in 1999. He also has a private pub named the “Shoe Inn” on the property, where he enjoys hosting friends and family for pool and drinks.

The home was broken into as part of a string of robberies in the neighborhood in 2011. The thief reportedly stole nearly $500,000 in property, including $100,000 in jewelry. The alleged thief was caught later in another home and prosecuted for that crime.

The Bon Jovis also own a chic penthouse in the SoHo area of New York, which has been on and off the market since 2012. The asking price has dropped from $45 million to under $38 million, a reflection of the changing housing market.

Bon Jovi married his high school sweetheart, Dorothea, in Las Vegas in 1988 while on tour. The couple has four children and are still happily married. Bon Jovi has increased his community involvement in recent years, founding a charity targeting families facing economic hardship. The Jon Bon Jovi Soul Foundation includes a restaurant where diners are asked contribute $10 towards feeding and helping the less fortunate. The charity also provides housing, employment opportunities and other programs to help disadvantaged individuals and families move forward. He has also worked to revitalize Newark, including by starting one of Bon Jovi’s tours in the city.

He also has a successful acting career, appearing in television shows including “Ally McBeal” and “Sex in the City” and in movies including “Pay it Forward and “U-571”.