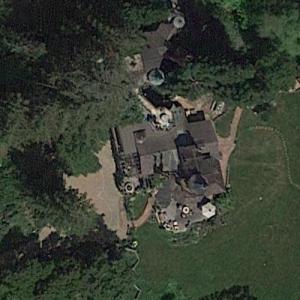 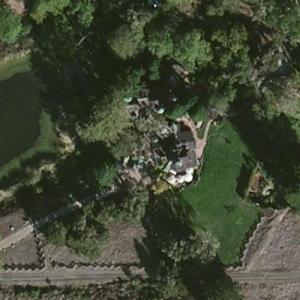 Active as a musician and writer since the 1960s, Neil Young’s net worth is $65 million.

Neil Young has been a member of two bands – he joined Crosby, Stills and Nash in 1969, making it Crosby, Stills, Nash and Young, and founded Buffalo Springfield in 1966, with Stephen Stills and Richie Furay. He has also had an extensive solo career, which started in 1968.

With more than 35 studio albums, Neil Young was inducted into the Rock and Roll Hall of Fame twice – as a member of Buffalo Springfield and as a solo performer.

Throughout his career, Neil Young experimented with many different musical styles and plays many instruments, including piano, harmonica, and acoustic guitar. He is best known for this work in folk-rock and country rock.
He influence is often noted in alternative rock and grunge, earning him the nickname “Godfather of Grunge.”

In addition to his work in music, he has directed or co-directed films under the pseudonym Bernard Shakey. His films include “Journey Through the Past,” “Rust Never Sleeps,” “Human Highway,” “Greendale,” and “CSNY/Déjà Vu.”

Neil Young had three children. His oldest son Zeke is with actress Carrie Snodgress, with whom he had a long-term relationship in the 1970s. Neil Young married his ex-wife Pegi in 1978. They had two children – daughter Amber and son Ben, who has cerebral palsy. They divorced after 36 years of marriage in 2014.

He is advocate for children with severe verbal and physical disabilities and founded the Bridge School with his ex-wife Pegi to serve children with disabilities. Neil Young helps support the school through annual benefit concerts. He is also an avid environmentalist, supporting causes from electronic cars to co-founding the benefit concert Farm Aid.
Links: en.wikipedia.org, www.celebritynetworth.com, en.wikipedia.org
213,824 views

Anonymous
@ 2018-07-24 11:11:44
Neil Young has been a member of several other bands, including his first band, The Squires, and of course Crazy Horse, with whom he has recorded and released nearly a dozen albums.

Anonymous
@ 2020-09-18 05:55:18
Like many of the people in the world who have been watching and listening to you play since the 60’s I would like to thank you, your band friends and family for what you have given us! You are a very special! Thank you for all the incredible stories. Thanks for sharing the old guitar

Anonymous
@ 2021-03-25 01:08:22
His Writing abilities are extraordinary...His Songs are the Soundtrack for multiple Generations..A true legend..Although he breaks hearts from an over exaggerated sence of self...

Anonymous
@ 2021-11-17 17:26:33
To the guy who called Neil a 'dodo" you are wrong. The guy is some kind of genius, who was true to his muse, never sold out and wrote some all-time great songs eg. Like A Hurricane, Powderfinger. A dodo he aint. He might be a grouchy old man now but he has a right to be.

Anonymous
@ 2022-01-27 23:20:19
He is a dodo for sure. A sad day in America when Neil young becomes a fascist piece of cosmic space dust. He can piss off now.He tried to use his entitled privileged muscle to bully another individual with a sound mind and platform for honest conversation. Someone that is proving to be a true hero in this disgusting era of human stupidity for giving us access to real information and conversation. Neil young you can drift off now. Keep promoting garbage you sack of …

Anonymous
@ 2022-01-28 14:29:46
I am saddened by your stand against Rogan. It is you who is sorely misinformed and/or being used. If you cannot do your research to realize the evil elements of keeping the scientific and medical information behind the jab away from people, then you and foochi will have that blood on your hands. Please wake up. It isn't Rogan that I am really defending, but he has been correct on so many levels. The sad part is you too are blinded. People are dying or becoming seriously damaged, but then it hasn't happened to anyone close to you for you to see the truth. Thank you for your music. I will now walk away from you.

Anonymous
@ 2022-02-02 12:51:43
Welcome to the Ohio National Guard, Neil. Keep your powder dry and shoot anyone who exhibits and excercises their right to free speech.