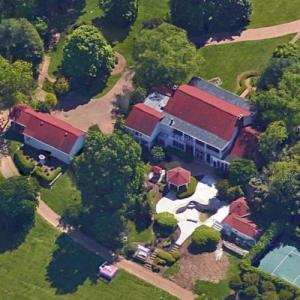 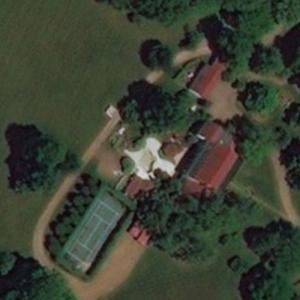 As an actress, she starred in 1980's 9 to 5, alongside Jane Fonda and Lily Tomlin, The Best Little Whorehouse in Texas where she was nominated for a Golden Globe for Best Actress in a Motion Picture (Comedy or Musical) with Burt Reynolds and Dom DeLuis, and the star-studded Steel Magnolias, about the bond a group of women share surrounding a sister's death with Sally Field, Shirley MacLaine, Daryl Hannah, Olympia Dukakis, Julia Roberts, Tom Skerritt and Dylan McDermott.

Parton was born in Sevier County, Tennessee in 1946 to a family she described as 'dirt poor,' but began performing as a child, singing on local radio and television programs in the Eastern Tennessee area. Her big break came the day after she graduated from high school in 1964, when she moved to Nashville and began songwriting, initially being pitched as a bubblegum pop singer before releasing Hello, I'm Dolly, her first solo country album in 1967.

Since then she has amassed over $500 million in net worth, and owns this 63-acre property in Brentwood, called Willow Lake Plantation. A public street address is listed as Crockett Road, Route #1. Most recently, in 2014, her estate won approval from the Brentwood board to build a barn on the property that will “architecturally match” the other three barns on the property and not exceed 17 feet in height.

A few of her other real estate holdings are also featured on this site.
Links: en.wikipedia.org, www.tmz.com
268,664 views

Anonymous
@ 2020-10-02 14:45:45
@anonymous
If it’s the property behind her 63 acres, it belongs to someone else. That road on the back of property is occupied by private owners. However, there is a huge house on boone road at the corner of her 63acres that is a “guest house” on the estate. Random friends and family stay in it at any given time.