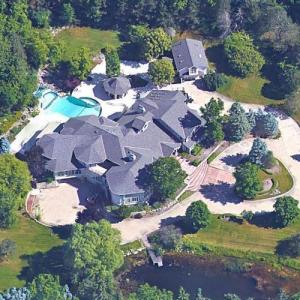 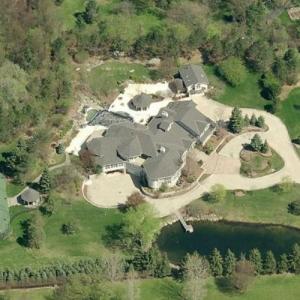 Eminem’s net worth is estimated at $170 million in 2014, and he is listed as one of the ten wealthiest rappers, behind Birdman and ahead of Ronald “Slim” Williams. Eminem’s wealth comes largely from his 12 album releases, including eight studio and four compilation albums. He has also been successful as a producer for other music artists, and had some success as a movie actor. In 2002, he starred in “8 Mile”, a movie based on his life in the Detroit underground rap scene. His song Lose Yourself was the first song by a rapper to win an Academy Award.

Eminem’s 2013 album “The Marshall Mathers LP 2” debuted at number one on the Billboard charts and had great success, including four songs in the Billboard Top 20 at once, a feat only the Beatles have also achieved. His net worth is expected to continue to increase in 2014 and 2015 as he is preparing to release a new album including both greatest hits and new music by Eminem and other artists supported by his record label.

The house was originally built in 1986 and renovated in 2003, when it was sold to Eminem. This home has remained Eminem’s primary residence throughout his legal and marital trouble with Kim Scott, his twice-married and twice-divorced ex-wife. The residence, in a wealthy and exclusive area north of his hometown Detroit, serves as the ideal location for the private family man. Eminem had custody of his half-brother Nathan (Nate) Mathers until he turned 18, and Eminem took his responsibility as provider for Nate seriously. The two are now currently working on several joint ventures.

Eminem’s daughter Hailie Jade Scott Mathers, who turned 18 in 2014, also resides at the house, and Eminem retained full custody of Hailie after he and her mother, Kim Scott, divorced. Eminem also has full custody of Scott’s daughter Whitney Laine Scott (born April 2002), despite not being her biological father. He also had custody of Amanda (now Alaina) Marie Scott, the daughter of his ex-wife’s twin sister Dawn Scott. Eminem and Kim Scott adopted Alaina when they were married, and Eminem retained custody and parental responsibility of Alaina after the divorce.

Eminem has maintained his roots to both his family and Detroit, where he was first exposed to rap music and where he got his first break in the music business. His commitment to Detroit was notable in the 2011 Super Bowl commercial for Chrysler, both promoting the Detroit-made vehicle and the town that made it. The moving commercial was one of the most talked-about of the Super Bowl, and led to a more positive image of both Eminem and the hard-hit Motor City.
Links: en.wikipedia.org, www.hiphoprec.com
597,647 views

True story told to me by the Township Supervisor of Oakland Township: When Em moved in, he and his daughter baked cookies and took them to the various neighbors, introduced themselves, and assured them that his stage persona was just that.

Anonymous
@ 2020-08-26 21:53:28
I live in Midland MI and growing up listening to Eminem was the greatest time of my life. Now trying to survive and rebuild our sister city of Sanford MI is rough but when I watch 8 mile and listen to him i just keep pushing and smiling thru cuz at the end things will shine again :)

Anonymous
@ 2022-06-04 10:00:30
The fact that he has that much money and still lives rather modestly in my opinion of the very little I know about him... I mean I'm a fan but I had no idea where he lives... Anyways it makes me think he really did have a hella hard life growing up... Because he doesn't need or want all that for show shit... He just wants a normal life and more than happy to have that... I relate on a mural level that can't be spoken... It just is what it is... Bravo Marshall!!! From one single parent to another... Good job ❤️