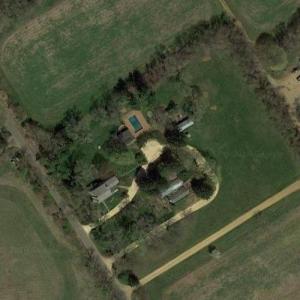 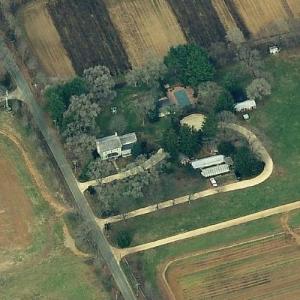 By tlp333 @ 2008-07-04 13:57:45
@ 40.31113802, -74.16477975
Colts Neck, New Jersey (NJ), US
Bruce ‘the Boss’ Springsteen is an American singer songwriter known for both his solo work and as the head of the E Sreet Band. Born in 1949 in New Jersey, Springsteen began playing guitar as early as 1964. After cutting his teeth with various local acts, he eventually formed what would be known as the E Street Band and released his debut album Greetings from Ashbury Park in 1974. Finally achieving his breakthrough with his iconic 1975 release, Born to Run, Springsteen was catapulted into the public eye as one of America’s most prolific and well recognized musical talents. Having perfected his unique blend of Americana, folk, rock, and classic country ballad roots with a distinct period delivery, he would go on to release other classic records such as Nebraska, Born in the USA, and The River.

Previously married to Juliana Phillips from 1985 to 1988, Springsteen is now currently married to Patti Scalia and together have three children Evan, Jessica, and Ryan. Winner of Emmys, Golden Globes, Grammys, and a Tony, Springsteen is a world renown and decorated artist. Springsteen has also earned perhaps the highest honor an American can, by receiving the Presidential Medal of Freedom from Barack Obama in 2016.

Springsteen has recently released a book Born to Run, has worked on a Broadway musical Springsteen on Broadway, and has come out with a new album Western Stars, rumored to be turned into a film.

This massive 378 acre horse farm in New Jersey makes the perfect home for such an iconic American figure. Close to where Springsteen grew up, such a property must be a way to stay close to his roots. This property is estimated to be worth more than ten million itself, not including potential profits from horse husbandry.

How much does ‘The Boss’ pull in? Some estimate about $40 Million a year, with a net worth of over $500 Million making him the 4th richest rock star in the world. Springsteen also owns homes in Los Angeles and Florida, likely nice getaways during the cold Jersey winters.
Links: en.wikipedia.org
208,390 views

Anonymous
@ 2021-02-08 23:09:08
Bruce Springsteen is no longer in touch with America's working man. He's just an old liberal dog now, barking at his shadow. He's everything he use to sing against.

Anonymous
@ 2021-04-16 22:46:54
I used to think Bruce Springsteen was cool, I mean his old music not his new commercial crap. But I lost all respect for him, when I found out that he was a dumb liberal! Constantly trying too push himself as a blue-collar working class American! But what’s more anti-American than being a liberal progressive socialist???

Anonymous
@ 2021-04-22 11:54:20
I don't have near the respect for Bruce Springsteen that I once had simply because he is against Trump. Unfortunately, I still like his music FROM THE 80s.

Anonymous
@ 2022-02-03 16:04:13
Writes beautiful , thinks like a communist. All the money he made and he said he embarrassed to be an American. Shameful for a guy worth a billion