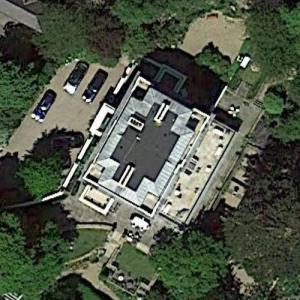 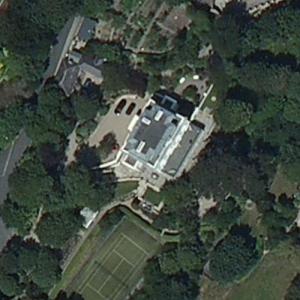 Reaching international acclaim in 1980, the band has produced more than a dozen albums, sold more than 170 million albums, and grossed more than a billion dollars in albums and ticket sales. They’ve been inducted into the Rock and Roll Hall of Fame. The also won 22 Grammys, more than any other group. But their fame hasn’t been dedicated solely to producing music; they’ve worked to be socially conscious and outspoken on causes that are important to them, such as alleviating hunger in Africa, protesting nuclear power plants, and supporting democratic movements.

As the lead singer and songwriter, Bono has always maintained a high profile, both musically and philanthropically. Bono has performed with many famous musicians, including Frank Sinatra, Johnny Cash, and even Luciano Pavarotti. He has advocated for cancelling third-world debt, helping in Hurricane Katrina relief, ands HIV/AIDS research.

Bono has an estimated net worth of more than $700 million, from music, investments and entrepreneurial activities. He is known for wearing glasses, even in formal settings and indoors as well as outdoors. He doesn’t just do it for fashion; he has glaucoma and needs to protect his eyes. He and his wife, Alison Hewson, met when they were children, and now have four grown children.
Alison is heavily involved in activist causes alongside her husband, and serves as an equal partner in their endeavors.

Bono and Alison live in Killiney, Ireland, in a posh seaside neighborhood called Dalkey. Bono bought Temple Hill in the 1980s and has renovated the home substantially over the years. They even bought the small house adjacent to Temple Hill and connected the two homes via a corridor. The original home has 6,000 square feet and the new home adds about 2,500 additional square feet. There’s a large gate surrounding Bono’s home, and it has become a destination for tourists and groupies. People have etched their favorite U2 song lyrics onto the copper gate, making it a monument to Bono’s talent and star power.

The gate, as well as Bono’s French vacation home, are also listed on this site.
Links: en.wikipedia.org
172,605 views

Anonymous
@ 2020-10-22 08:53:50
Hi Bono, A lifelong fan here I was well really hoping I could go out and have a chat with you about everything life, music (YOURS) following you guys over 30 years now, hope you reply, also I have to songs for you to tell me if there any good, thanking You, No 1 Fan Michael Geoghegan Ballymun Dublin 11, F620