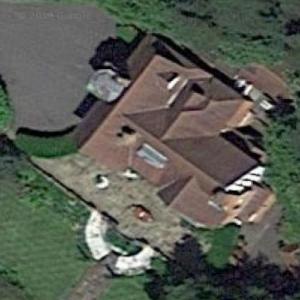 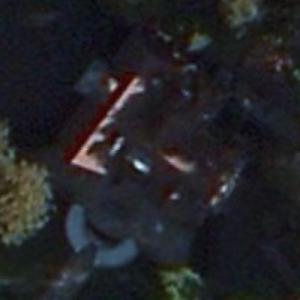 Brain May was born on July 19, 1947 in Hampton, London. Brian’s father was a draughtsman who helped him build his first electric guitar by hand when he was just a kid. Brian attended Imperial College London where he studied math and physics. During his time at school, he was in a band named Smile. After that band broke up, he hooked up with three other musicians from the area, Freddie Mercury, John Deacon and Roger Taylor. Those four men went on to establish the band Queen. The band was formed in 1971 and within five years, they were one of the best known bands in the world. Queen continued to play together until Freddie’s death from AIDS in 1991. The band will occasionally perform together for reunion shows, often without John Deacon. After a short solo career, Brian now tours with Kerry Ellis, a singer for whom he writes and produces. Brian May is also a co-writer on the upcoming release “Crinoline: Fashion’s Most Magnificent Disaster”, a 3D visual journey through crinoline’s history. This book was created for an upcoming exhibit “Undressed: 350 Years of Underwear Fashion” and will be released on April 16, 2016.

Brian May was married to Chrissie Mullen. Chrissie and Brian have three kids (Jimmy, Louisa and Emily Ruth). They divorce in 1988 after rumors of Brian having an affair with Anita Dobson surfaced. Brian married Anita in 2000 and they tend to spend most of their time in their London home.

This property has been owned by Brian for 35 years. The house is pretty well documented through multiple interviews being held here. The home is decorated with gold records and has paneled rooms and a minstrel’s gallery. The landscaped garden, with proper observatory, leads to Brian’s office which is a small garage on the property. The home is rumored to be filled with stuff from a large painting of a mermaid sewing on a beach to a Flash Gordon pinball machine. It is also rumored that Brian now spends the majority of his time in London with his wife.

Brian May’s net worth is estimated to be $175 Million due to Queen royalties and current ventures.
Links: en.wikipedia.org, www.celebritynetworth.com, www.thebookseller.com, brianmay.com, www.theguardian.com
127,705 views

Anonymous
@ 2009-01-04 07:55:58
I was just wondering whether Brian May also owns a house on the Newstead Abbey Estate, Nottinghamshire. I have heard various people say that he owned a house near Ravenshead because his son attends a special college near by. The other day i was out walking on the estate and there was a grand house with a private planetarium in the garden. Could this be his second home?

It may be, there are some stories around dating back to 2002 that he had or was going to purchase a property in Ravenshead. However I am unable to find any reliable information to confirm this.

Anonymous
@ 2009-07-12 11:43:30
Brian's second home is in Holland Park where he lives with Anita Dobson, his wife. I don't think it's likely that his son attended a special college. He went to Bristol University where he gained a first class degree in Biology. He then went to the university of Brighton where he gained an MSc in Physiotherapy.

BermudaBreeze
@ 2009-11-29 13:04:01
Picture of Brian sitting in front of his miniature observatory built is his back garden. The observatory can be seen in the Birds eye view.

Anonymous
@ 2013-04-13 12:48:26
Brian may still owns his house in the Ravenshead/papplewick area, I know this as my best friend works for the royal mail. There is a pub in papplewick called the griffins head where he is known to drink

Anonymous
@ 2020-12-25 13:17:04
I have been told on good authority that Freddie Murcury ‘s mother lived in Nottingham Nr Mapperley plains ans his sister lives not far from Ravenshead.