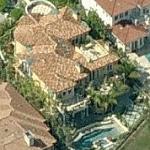 The company, which plans housing projects and then sells land to homebuilders and retail developers, is said to have $4 billion in assets.

The company is one of the largest developers in the West and also has offices in Texas, Florida and the Washington, D. C. area.

Figuring institutional investors likely own up to three-quarters of the land held by SunCal, Elieff's stake could be as much as $1 billion.
Links: www.allbusiness.com
2,006 views