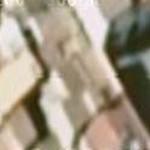 He debuted when he was three and formed the group Los Rivels with his brothers Polo and René. He took his artistic name from Charlie Chaplin. Legend has that Chaplin later asked him: "Is it you who imitates me or I who imitates you?". At the start of the Second World War he discovered his definitive routine, featuring a chair, a guitar and a long jersey. He had to stay two years in Nazi Germany. The theater play by Gerard Vàzquez Uuuuh! is based on that time.

In 1954 he returned to Barcelona where he became the star of Circo Price. His routine of the ululating clown is still remembered. In 1971, he appeared in Federico Fellini's film Clowns.

His daughter Paulina married the Danish circus artist Albert Schumann. Together they made the Danish Circus to worldfame. 1969 they ended their carrer and moved separately to Spain where she still lived. Albert died in 2001. Pauline mostly appeared as support for Charlie Rivel all over the World.