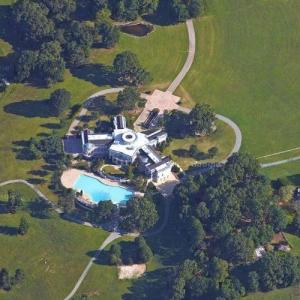 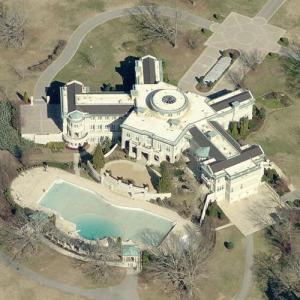 Rick Ross (real name: William Leonard Roberts III) is a rap star and producer who started his career under the name Teflon Da Don. His debut album, under the name Rick Ross, Port of Miami, was released in 2006 and debuted at the top of the US Billboard charts. He formed his own record label, Maybach Music Group (MMG) in 2009 and has just put out his 7th studio album. His most recent release, Hood Billionaire, was released in October 2014 and was once again on the top of the US Billboard charts.

Rick Ross purchased this home after Evander Holyfield lost it in foreclosure. The house is the largest residence in the state of Georgia and with his 350,000 gallon pool he now owns the largest swimming pool in the US. The house is said to have 109 rooms, including 12 bedrooms and 21 bathrooms. The 54,000 square foot home also has a bowling alley and home theatre. Also included in this home are an indoor swimming pool, a boxing gym and a recording studio. There is also an indoor basketball court. On the 235 acres lot, there sits a 7-stall barn, a baseball field with lights and scoreboard and a full guesthouse.

Rick Ross’ net worth is widely contested. It is believed to be anywhere from 28 – 35 Million with some predictions as high as 93 Million (based on one of his songs where he claims to have that much in his checking account). There is much controversy about his net worth due to the release of his financial information by fellow rapper 50 Cent on the Ed Lover morning show that showed his expenses being higher than his income. Since then, he has recorded 5-7 Million annually through record sales and live shows.
Links: realestalker.blogspot.com, realestalker.blogspot.com, hauteliving.com, www.complex.com, www.dailymail.co.uk, www.celebritynetworth.com, en.wikipedia.org, theexchange.africa
334,461 views

Anonymous
@ 2010-02-05 20:48:14
It might be worth mentioning that the large red brick home on the property was Holyfield's home before he built the mega mansion.