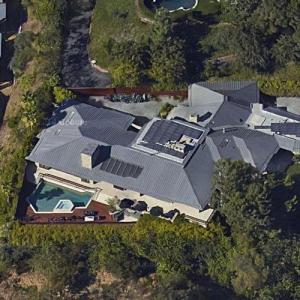 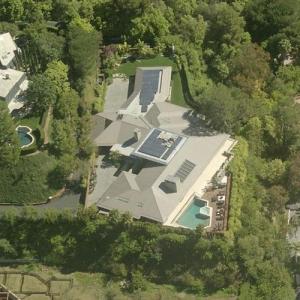 With success in television, film, voice-acting and business, Jennifer Aniston’s net worth is $150 million.

From 1994 to 2004, Jennifer Aniston was best-known as Rachel Green, the waitress/actress in the NBC sitcom “Friends.” She starred with Courteney Cox, Matt LeBlanc, Mathew Perry, David Schwimmer, and Lisa Kudrow. After that break-through role, she went on to have a career in films. During the peak of the show, Jennifer Aniston and her co-stars made $1 million per episode, making them the highest paid actresses in television at the time. She was awarded an Emmy Award, Screen Actors Guild Award, and a Golden Globe Award.

She has costarred with many notable comedic actors, including Jason Bateman, Owen Wilson, Vince Vaughn, Ben Stiller, and Jim Carey, and is sought-after for comedic roles. She has been named “Sexiest Woman of All Time” by Men’s Health magazine in 2011, and “The Most Beautiful Woman” of 2004 by People magazine.

Jennifer Aniston is active in philanthropy, donating to causes supporting orphans in Mexico, appearing in TV commercials for St. Jude’s Children’s Hospital, and supporting Doctors Without Borders. She hosted “Stand Up to Cancer” in 2008 and directed and starred in the video for the “It Can Wait” campaign to free Burma. She has been active with and donated to many other causes, and been recognized for her work by GLAAD.

Jennifer Aniston is engaged to actor Justin Theroux, and was previously married to actor Brad Pitt.