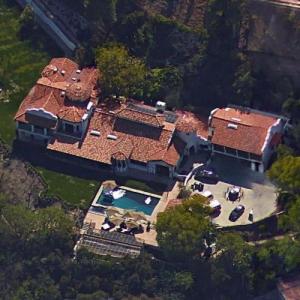 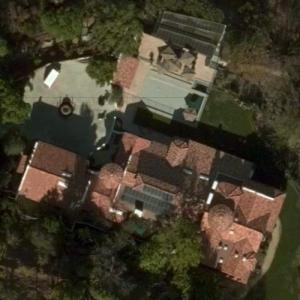 Since Nirvana Grohl has played with such acts as Queens of the Stone Age, Them Crooked Vultures, and Cage the Elephant. Having been inducted into the Rock and Roll Hall of Fame for his role in Nirvana, Grohl has also earned Grammy awards with Foo Fighters. Interestingly, Grohl is reported to play exclusively by ear, and has never learned to read music.

Grohl married Jennifer Leigh Youngblood in 1994, but the couple split in 1997. Then in 2003 Grohl married his current wife Jordyn Blum and together they have three kids. They live together happily spending time between their properties when Grohl is not on tour.

Known for his philanthropy and advocacy, Grohl is often in the news supporting his causes. A role model, Grohl himself avoids drugs and excess drinking, though has a strong appreciation for coffee. He is known to drink at least six cups every morning, and was once admitted to the hospital for a caffeine overdose in 2009.

His band Foo Fighters are currently on tour. Their latest album Concrete and Gold was received warmly by critics and debuted at number one on the Billboard 200.

The property is perfectly suited for Grohl and his family, in the heart of sunny California. While not the only property the musician owns, it still reflects his practical tastes.

Dave Grohl has earned a net worth of $280 Million dollars. Well known for his frugal spending habits, Grohl is reported to save every paycheck and drive a conservative car. Less than interested in investing or business ventures, Grohl prefers to save, enjoy the freedom money gives him, and focus on his music. His frugality has paid off as he his estimated the third wealthiest drummer in the world currently, after Phil Collins and Ringo Starr.

His homes in Oxnard (CA) and Sherman Oaks (CA), as well as a former home, are all featured on this site.
Links: en.wikipedia.org
158,216 views