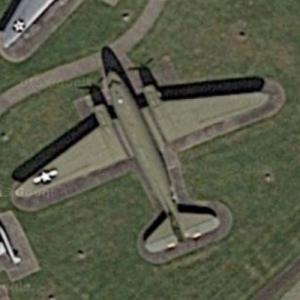 By jbottero @ 2016-06-05 16:55:18
@ 47.1315408, -122.4825438
Lakewood, Washington (WA), US
The Douglas C-47 Skytrain is a military transport aircraft developed from the civilian Douglas DC-3 airliner. It was used extensively by the Allies during World War II and is still in service service with various military operators in Colombia, Greece, El Salvador and South Africa. The C-47 was important to the success of many Allied campaigns such as Guadalcanal, New Guinea and Burma, where it made it possible for Allied troops to counter the mobility of the light-traveling Japanese army. Possibly its most notable role in military aviation, however, was flying "The Hump" from India into China, experience that later made it a mainstay of the Berlin Airlift.
Links: www.mcchordairmuseum.org, en.wikipedia.org, en.wikipedia.org, en.wikipedia.org
421 views