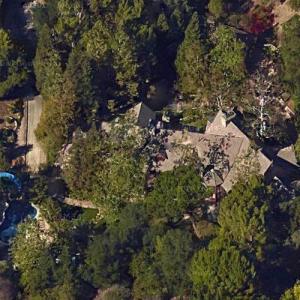 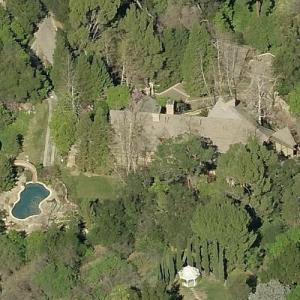 By tlp333 @ 2007-12-29 17:11:35
@ 34.13122521, -118.41086309
Los Angeles, California (CA), US
Eddie Van Halen, songwriter and lead guitarist for the famous rock band Van Halen, passed away on October 6, 2020. He was 65, and succumbed to a long and difficult struggle with cancer. He was a talented musician and performer, often regarded as one of the best guitarists of all time. Van Halen always loved to perform; he was putting on shows as early as the fourth grade during school breaks. He and his brother Alex eventually formed the band Van Halen with David Lee Roth and Mark Stone.

Van Halen was actually born in the Netherlands to a mother from Indonesia and a dad from the Netherlands. The family moved to the United States when he was about nine years old. While showing incredible talent for playing the piano, Van Halen really wanted to be a rock star from a very early age. Eddie and his brother formed a band in 1972, and by 1974, were officially called “Van Halen” and were playing regular gigs throughout the Los Angeles area. Their first major album, released in 1978, was a major hit, and a later album, 1984, went platinum five times, getting them to #1 on the billboards, and earning the band a Grammy. While this was their only #1 hit, the band had several #1 albums and many other hit songs. They are one of the most successful and memorable rock bands of all time.

At the time of his death, his estimated net worth was around $100 million, due to the longtime success of his albums and the band’s regular world tour schedule up until 2015. He has lived in the same mansion in the Coldwater Canyon neighborhood of Los Angeles since the time he was married to his first wife, Valerie Bertinelli. On the property is his recording studio, 5150 Studios. Every album since 1984 was recorded there.

Eddie Van Halen’s son, Wolfgang, was the one to announce his father’s passing on October 6, 2020.
Links: en.wikipedia.org
83,489 views

Anonymous
@ 2010-01-24 16:36:14
My Dad and my Grandfather built his house! I grew up being dragged over there probably two to three times a week to see the progress by my star struck mother! It is one of the biggest houses my Grandfather built! Oh the memories! :)

Anonymous
@ 2020-10-22 19:58:14
I had such a big crush on him. I loved their song Jump. He and Valdrie i thought would last forever. I was right I n a way , they remained close for their lifetime .Their son Eilfgzng must be so heaftbroken. My prayers to you uoung man. Carry on your beloved "Pops " legacy. Valerie i grew up in high school watching One Day At A Time. You are only 2 yrs and 3 mos younger than me. My birthday is 1 day after Eddie's. I was born on Mozart's birthday! God Bless Gone too soon.