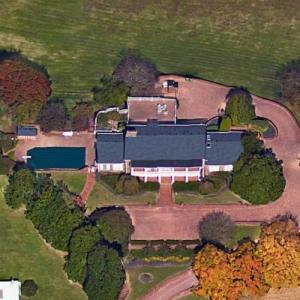 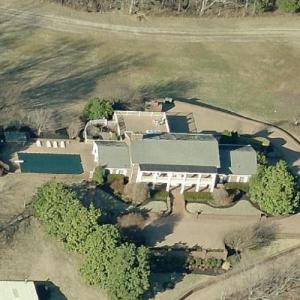 Garth Brooks has a net worth of $350 Million and Trisha Yearwood has a net worth of $40 million. In addition to being a recording artist, Yearwood is an actress, author, celebrity chef, and TV personality. Brooks is best-known for his music and is one of the world’s best-selling artists of all time. He has sold more than 200 million albums worldwide and is second to only The Beatles in total album sales overall.

The couple’s Goodlettsville home was bought for $432,500 in November 1990. In the late 1990s, early 2000s, it was estimated to be worth $1.1 million while Brooks was considering turning it into a museum similar to Graceland, home of Elvis. These plans have not yet come to fruition.

Brooks has been married once before to songwriter Sandy Mahl, with whom he had three daughters. He became a grandfather in 2013. The divorce became final in 2001 and is considered one of the most expensive divorces on record with a $125 million settlement going to Mahl.

After knowing each other for many years through the country music community, Brooks and Yearwood were married on December 10, 2005.

Brooks is known for hits such as “The Thunder Rolls” and “Friends in Low Places”, while Yearwood is known for her cooking show, as well as her hit “She’s in Love with the Boy,” and for her role on the television show JAG from 1997 to 2002.
Links: en.wikipedia.org, en.wikipedia.org, www.velvetropes.com, www.celebritynetworth.com, www.celebritynetworth.com, abcnews.go.com
116,615 views