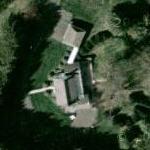 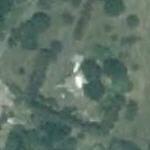 By tlp333 @ 2008-01-16 19:58:54
@ 38.160873, -79.052542
Staunton, Virginia (VA), US
Harold Reid, the bass singer for the famous country quartet, The Statler Brothers, lived here before his recent passing at 80 years old. His younger brother, Don Reid, was the lead singer and songwriter for the group. Reid entered retirement after being part of the Statler Brothers farewell tour in 2002, for the megan fan, note that the other four Statler Brothers homes are also mapped on this site.

The Statler Brothers were a well known and widely successful American country music, gospel, and vocal group. Formed in 1955, the quartet got its start forming locally and, in 1964, they began singing backup for Johnny Cash until 1972 where they broke into the mainstream American audience. With a strong background performing gospel music at local churches, the group billed themselves as The Four Star Quartet, and later The Kingsmen. However in 1963, when the song "Louie, Louie" by the garage rock band also called The Kingsmen became famous, the group elected to bill themselves as The Statler Brothers, the name they would eventually be well known under. Interestingly enough, despite the name, only two members of the group are actual brothers and more fascinating no member even has the surname of Statler. The group actually named themselves after a brand of facial tissue they had noticed in a hotel room. The group remained closely tied to their gospel roots, with a majority of their records containing one gospel song at a minimum.

Don Reid sang lead; Harold Reid, Don's older brother, sang bass; Phil Balsley sang baritone; and Lew DeWitt sang tenor and was the guitarist of the Statlers before being replaced by Jimmy Fortune in 1983 due to DeWitt's ill health. DeWitt continued to perform as a solo artist until his death on August 15, 1990, from heart and kidney disease. And on April 24, 2020, Harold Reid died after a long battle with kidney failure.
Links: en.wikipedia.org
39,998 views