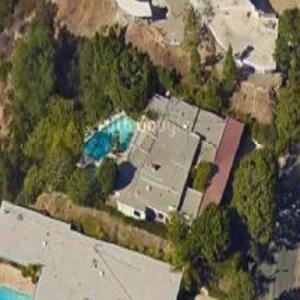 By borlefborlef @ 2019-06-22 21:50:36
@ 34.11109191, -118.3929205
Beverly Hills, California (CA), US
Irving Feintech, attorney, real estate developer, philanthropist and past Chairman of the Board of Cedars-Sinai, was a major force at the hospital before, during and after the merger and a respected and beloved member of Los Angeles Jewish Community for well over six decades.

A graduate of Southwestern Law School, Irving Feintech started Liberty Building Company with his brother Norman in the late 1940's and together they were the joint developers, with Nathan Shapell, of Porter Ranch, in the northwest area of the San Fernando Valley. The first large scale housing development in Southern California, the area was the last portion of the San Fernando Valley within the Los Angeles city limits to be developed, with major construction not occurring until the 1970s. Large portions of the 1982 blockbuster film E.T. the Extraterrestrial were filmed in Porter Ranch.
Links: www.legacy.com
218 views