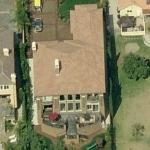 Cardiff's wife Amy is the daughter of Peter Popoff, a notorious televangelist and self-proclaimed "faith healer" who was involved in his own scandal when he was exposed as a fraud on TV.

Bob
@ 2016-07-06 15:32:40
I have know Jason Cardiff for years I was happy to see him get remarried and move past his first wife who turned out to be a bit of a crazy religious nut. she has since remarried and divorced. Jason Cardiff and his wife are truly a beautiful couple.

The biggest issue you can find on line is that Jason company handled very successfully the media for his ex father in law a con artist TV late night religious scam guy named Peter Popoff. all things being equal Jason has moved on to found and run a very successful pharma company that I believe along with many other will change the way you take medication.