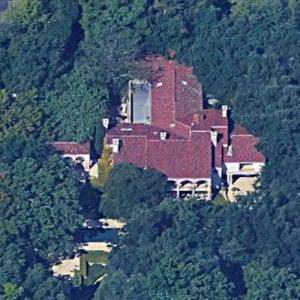 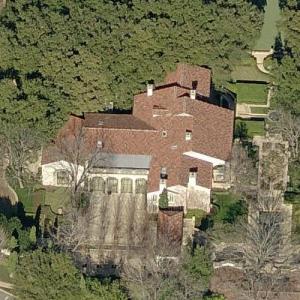 By tlp333 @ 2008-07-27 01:00:24
@ 32.8236169, -96.80185565
Dallas, Texas (TX), US
Jerry Jones is a billionaire most famous for being the owner of the Dallas Cowboys, the Texas NFL team that Americans love, or love to hate. Jones has lived and loved football since his youth, playing in high school and then as co-captain of the University of Arkansas when they were college champions in 1964. He bought the Dallas Cowboys in 1989 for about $140 million. The investment has paid off, as the team is now worth $5.5 billion! After a rough first year, the team took off quickly, and won three Super Bowl championships, in 1992, 1993, and 1995. Jones has always had a very hands-on approach to owning the team, maintaining tight control over much of the football team’s management. Whether or not the Cowboys have a winning season, the team’s always recognized as one of the most valuable franchises in the league. Jones’ big personality contributes to their fame. He has appeared in television shows, movies, and even done cameo appearances on Southpark.

Jones is a self-made billionaire, who earned his first fortune in oil speculation in the Texas oilfields. After losing a million dollars in failed investments, money he borrowed from Jimmy Hoffa’s Teamsters Union, and a few other false starts, Jones began investing in oil and natural gas ventures in Arkansas, and the American South. He made his first millions in this market, and has branched out to football, real estate, and other commercial ventures over time. His current net worth is estimated to be more than $8.7 billion, and he’s in the top 200 wealthiest Americans in 2020. He doesn’t hold back in his spending. He has a $250 million yacht that he bought for his family as a Christmas present, as well as an art collection that includes works by Picasso and Renoir, among others.

Jones’ main residence is in Dallas, Texas. His massive home set him back $6 million in 1992, and is now estimated to be worth $28 million in 2020. The Mediterranean style mansion has 14,000 square feet, with two stories, six bedrooms, seven bathrooms, a swimming pool, spa, tennis court, and marble floors. The mansion sits on a wooded lot that is nearly five acres! The Highland Parks neighborhood is so exclusive, outside visitors are rare indeed. Even if you were able to get to the street, you wouldn’t be able to see the house, as it’s surrounded by a tall privacy wall.

Jones owns other homes in the Dallas area, as well as a beach home in Santa Rosa Beach, Florida, which is listed on this site.
Links: en.wikipedia.org
166,968 views

Anonymous
@ 2021-10-14 10:51:35
Having just attended a Dallas Cowboy game last Sunday I can say Jerry isn’t cheating his players or fans when it comes to Jerry world!

Anonymous
@ 2022-01-16 19:17:09
So why isn't he putting his $ into the getto and helping those folks out? Into education for them? Because he and the establishment think the middle class should.