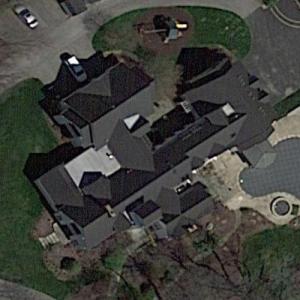 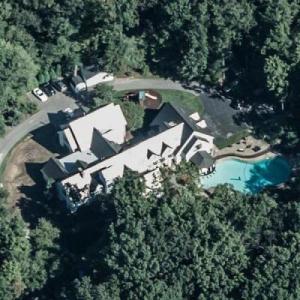 Benjamin “Big Ben” Todd Roethlisberger was born in Lima, Ohio on March 2, 1982. While he played sports as a kid, he really took off when he began playing football at Miami University. His number was the first in 34 years to be retired. Drafted 11th overall in 2004 by the Pittsburgh Steelers, Ben proved his worth. Ben was voted NFL Offensive Rookie of the Year in 2004 and in 2005, helped his team win the Super Bowl. Ben became the youngest Super Bowl winning quarterback in NFL history with the win at the age of 23. Ben and the Steelers won another Super Bowl title a couple of years later against the Arizona Cardinals in Super Bowl XLIII in 2008. He ranks 9th all time NFL passer, tied 6th in yards per attempt and tied in 10th in completion percentage. He has the 4th highest career winning percentage and is only one of six quarterbacks in the NFL to have beaten at least 31 current NFL teams. On March 13, 2015, Ben signed a 5 year contract extension with the Steelers.

Ben Roethlisberger also makes waves off the field. In 2006, he was in a motorcycle accident that almost cost him his life. He spent much of that season recovering. He was also accused of sexual assault in 2008 and 2010. Charges were not filed in either case, but Ben was suspended from play under the NFL’s personal conduct policy. He also lost endorsements due to the accusations. Ben married Ashley Harlan in 2011 and they currently have two children, son Ben Jr. and daughter Baylee. He spent the offseason in 2013 completing his Bachelor’s Degree in Education from Miami University.

Ben’s 10,000 square foot mansion was purchased for 1.6M in 2006. The house has cathedral ceilings, a basketball court, Ben’s favorite Laz-y-boy chair and a pool out back with his number (7) painted on the ground of the pool. Ben is currently believed to be worth 70 million with a current salary of 12.8 million annually.

Anonymous
@ 2017-07-21 14:35:02
Ben, his wife & 3 kids are in the process of buying property & building a new house in the Sewickley (Sewickley Heights) area.
They will be leaving the Gibsonia area as soon as the new house is ready.