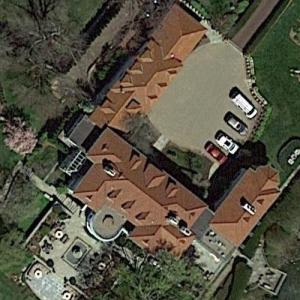 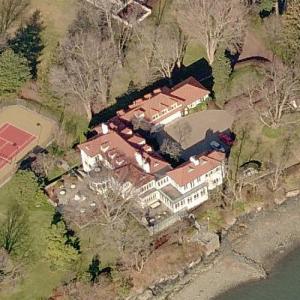 Frank Gifford got his start at the University of Southern California, where he played college football. He graduated in the class of 1952 and was named an All-American athlete at the school. He then began his NFL career with the New York Giants by playing both offense and defense, boasting eight Pro Bowl appearances, five trips to the NFL Championship Game, and an MVP award in 1956, where he led the Giants to the NFL title over the Chicago Bears. Gifford was officially inducted into the Pro Football Hall of Fame on July 30, 1977.

After his career in football, Gifford became a commentator on CBS, covering NFL games. In 1971, he replaced Keith Jackson as play-by-play announcer on ABC's Monday Night Football, joining Howard Cosell and Don Meredith, and would continue on as a commentator until 1997. He also has announced other memorable events, including the controversial men's basketball Gold Medal Match between the United States and Soviet Union at the 1972 Summer Olympics in Munich. In 1995, he was given the Pete Rozelle Award by the Pro Football Hall of Fame for his NFL television work.

Frank met his wife Kathie Lee while filling in as host on Good Morning America. The couple married in 1986. Before that time, Kathie Lee had landed several television parts including the short-lived Hee Haw spinoff, Hee Haw Honeys, and a vocalist on Name that Tune, but as she met Frank she was already several months into her most famous television role, as a full-time morning talk show personality. On June 24, 1985, she replaced Ann Abernathy as co-host of The Morning Show with Regis Philbin, and when the program went into national broadcast in 1988 as Live! with Regis and Kathie Lee, she became well-known across the country. Since Live, Gifford has made guest appearances in films and television series, and has several independently released albums on CD.

In 2008, Gifford joined its morning show, Today, as co-host of the fourth hour, alongside Hoda Kotb, replacing Ann Curry and Natalie Morales.

Combined, Frank and Kathie Lee Gifford have a net worth of $40 million.
Links: hauteliving.com
123,490 views