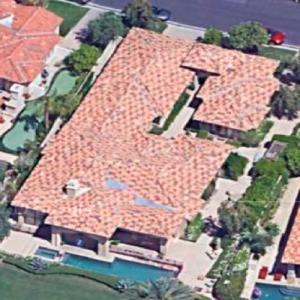 He is the co-creator of the action series La Femme Nikita and 24.

He was raised in Michigan, and later Los Angeles. Surnow attended the University of California, Berkeley for two years, and eventually graduated from UCLA film school in 1976.

Soon after graduation, he began writing for film; he then switched to television. His breakthrough came when he began writing for Miami Vice, in 1984. By the end of the year, Universal Studios, which owned the show, assigned Surnow to The Equalizer, as Supervising Producer, about a CIA officer turned vigilante.

Surnow was the co-creator and executive producer of the 1997–2001 television series La Femme Nikita, which was the top-rated drama on basic cable its first two seasons. In addition to being Supervising Producer and writing for The Equalizer and serving as executive story editor on the first season of Miami Vice, he has written scripts for a number of other TV series, including Nowhere Man and Wiseguy.

Following Le Femme Nikita, Surnow's most successful work was on the TV series 24, which he co-created and also executive produced with Robert Cochran. In 2006, 24 won Emmy awards for Outstanding Drama Series, accepted by Surnow and his fellow producers, including Robert Cochran, and Outstanding Lead Actor Kiefer Sutherland, who also won a Golden Globe. Surnow and Cochran had previously won an Emmy for 24 in 2002, for their writing of the series' pilot episode. Surnow quit his role as executive producer of the series on February 12, 2008.

He owns a home in Woodland Hills, Ca.

He has five daughters, two from a previous marriage and three with his current wife.
Links: en.wikipedia.org
665 views