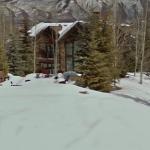 By borlefborlef @ 2013-09-17 17:19:09
@ 39.193614, -106.858003
Aspen, Colorado (CO), US
Chairman of the Board, President and Chief Executive Officer
Triten Corporation and subsidiaries
Mr. Arnoldy has been with the company since 1972. The only son of the company founder, he began as a salesman, later became a sales manager and then progressed to division manager for the Overlay Products group in 1977. He was promoted to president of the parent company in 1981, chief executive officer in 1990 and chairman of the board in 2001. In 1995, he co-founded the International Alliance Group (IAG), the largest operating subsidiary of Triten Corporation.

Triten Corporation is a private holding company that was founded in 1946 by Roman F. Arnoldy with deep roots in the energy, steel and heavy construction industries.

Triten’s main operating subsidiary is the International Alliance Group (IAG), a global leader in the development and program management of refinery projects and turnarounds that employs more than 2000 individuals indirectly and 200 individuals directly.

Houston-based Triten Corporation continues its evolution through improvements in its existing businesses and by developing and investing in new enterprises.