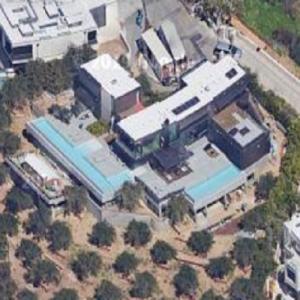 In 1959, USC’s president named him, at age 41, dean of the then-USC School of Commerce. His 10 years as dean witnessed major innovations that strengthened that school. In 1969, California Federal Savings and Loan persuaded Dockson to leave academia and lead in the private sector. He was proud to have taken the firm public and was in the forefront of promoting corporate social responsibility.

He served on the board of more than 30 corporations and charitable organizations. Others were The Foremost McKesson Corp., Pacific Enterprises, Computer Sciences Corp., International Lease Finance, International Technology, The Olga Co., Ticor, Bekins, the Rose Hills Memorial Parks Association, the Haynes Foundation, Town Hall of California and Orthopaedic Hospital.

Dockson is survived by his daughter, Kimberlee Dockson Rollo, and her husband Robert Rollo of Park City, Utah, four grandchildren and six great-grandchildren.

The home was purchased by Kipp Nelson, a former Goldman Sachs executive who is a partner at Long Arc Capital and well known in the skiing world.