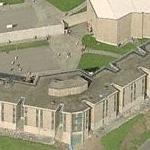 Lantin Prison was noted in the media when two men hijacked a small helicopter in April 2007 and forced Pilot Eric Mathieu to land in the courtyard to pick up inmate Eric Ferdinand. Earlier the hijackers paid paid for the flight at an airfield near the city of Sint-Truiden saying they were tourists from Marseilles but eventually pulled out a pistol to Eric and grenade threatening to kill him. Eric said he landed around 200 inmates. One climbed on board while the hijackers threw tear gas canisters into the crowd. The helicopter then landed less than a half-mile from the prison, where Ferdinand and the Two Hijackers got in a waiting car and drove off. Eric Ferdinand was waiting to be extradited when he escaped Lantin Jail was arrested before in Belgium after escaping from a Spanish jail where he had been serving a sentence for theft, forgery and embezzlement.
Links: en.wikipedia.org
932 views