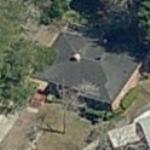 He was working at Robert E. Lee High School in Jacksonville in the late 1960s when he sent a group of students to the principal's office because their hair was too long. Those students later formed a band, using a variation of Skinner's name for their own.
Links: en.wikipedia.org
736 views