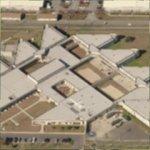 In October 2008 91 pages of memos drafted in 2002 by officer at the Brig became public. The memos indicate that officers were concerned that the isolation and lack of stimuli were driving Hamdi, Padilla and Al-Marri insane.
Links: en.wikipedia.org
920 views